A Thank you to a mitigation pioneer

I remember this particular moment well: I was sitting on the back patio of my suburban home on the Front Range of Colorado with my wife, Jennifer.  It was a nondescript, lazy weekend day.  As the Operations Director at the Coalition for the Upper South Platte, I had just finished a week of field work that involved out-of-state volunteers, chipper breakdowns, and saw work. The phone rang showing a number from Boise.  As a true collaborator and team player, I let it go straight to voicemail. After the message bell chimed, I listened to the voice mail.

“Hello, this is Pam Leschak, National Wildland Urban Interface/Fire Adapted Communities Program Manager for the US Forest Service, Fire and Aviation Management for the Washington DC office. Please give me a call as soon as you can.”

Oh no, I thought. Who’s mad at me now? What have I done wrong?

Curiosity got the better of me; I called Pam back immediately. You see, I have worked in partnership with the USFS for years and never once had a Forest Service employee reached out to me on a weekend; let alone someone from the D.C office; let alone Pam Leschak!

A year earlier I had met Pam at the first partnership meeting of the newly minted Fire Adapted Communities Learning Network (FAC-LN) in Boise. It was the first time I met other wildfire mitigation folks from across the country.  At the meeting I presented on what fire adaptation meant to my organization. I whizzed through slides on our fuels work, the chipper program, the suppression module, on post-fire recovery efforts and tree plantings, volunteers and our successes.

When I finished, Pam thanked me and noted very simply, “this meeting is not about post-fire; it is about wildfire mitigation.”

That interaction in Boise, led me to believe that the call was regarding my lack of understanding of wildfire mitigation… or worse. But, on the call, Pam noted a need to change the trajectory. She mentioned that the current process was not working and that we needed to all do something different – we needed to help. At the time of the call, the Chelan Complex and First Creek wildfires in Washington State were slowing down, but had burned across a large landscape. The communities of Lake Wenatchee, Leavenworth and Chelan were feeling the heat. Pam had been contemplating the idea of a mitigation strike team for some time—a group of mitigation subject matter experts, many of whom were involved in that first Fire Adapted Communities meeting, who could drop everything to help a community increase their resilience to wildfire. She asked if I was interested.

Of course I was. 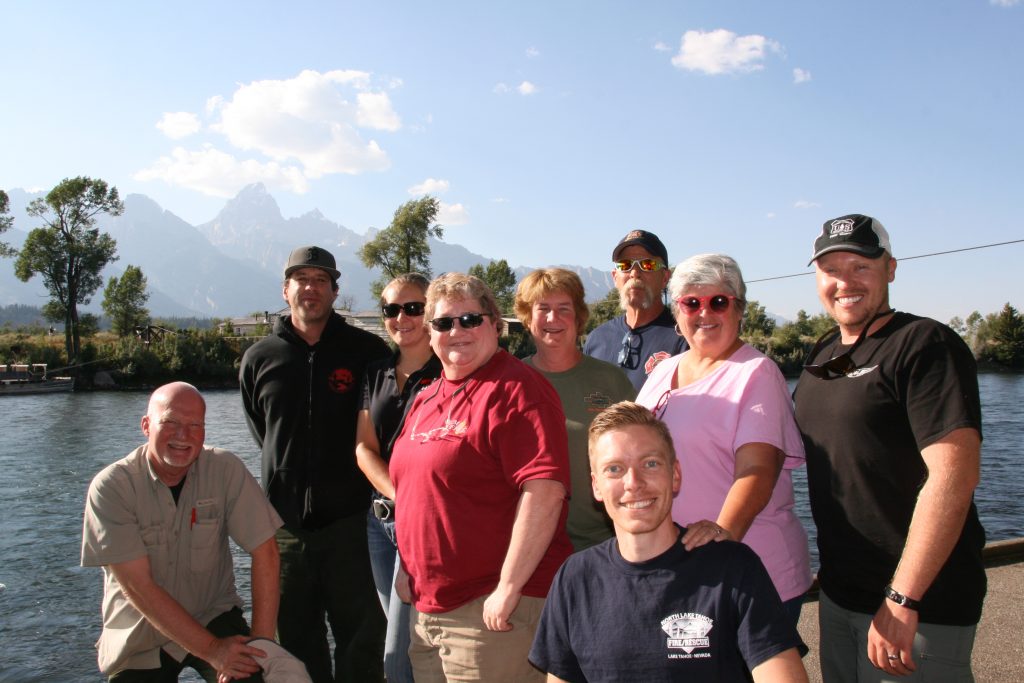 A History of Service

It’s now five years later, and at the end of June 2020, Pam Leschak retired from the Forest Service. During her career, Pam promoted wildfire mitigation above anything else. She worked directly with nongovernment partners, such as Coalitions and Collaboratives, Inc., The Nature Conservancy, International Association of Fire Chiefs, National Fire Protection Association, Headwater’s Economics, and the Insurance Institute for Business and Home Safety, and other governmental partners such as FEMA, U.S. Fire Administration, Department of the Interior, and the National Association of State Foresters. She worked tirelessly to support and coordinate wildfire-risk mitigation actions on public and private lands. If an idea would not lead to real, on-the-ground risk reduction, Pam was not interested.

Prior to joining the U.S. Forest Service in the Office of the Chief, Pam was an award-winning newspaper and magazine writer and editor, owned her own public relations firm, managed a public radio station, served as campaign Press Secretary for a governor of Minnesota and was a Public Affairs Administrator for Potlatch Corporation. She began her wildfire career as an aerial observer, radio operator, initial attack dispatcher, and member of a volunteer fire department, then moved into expanded dispatch, incident public information, fatality investigations, and special agency-wide projects and worked some of the largest wildfires in American history.

Once in the agency, she worked with the U.S. Forest Service Strategic Planning and Resource Assessment team in the D.C. helping to develop the national “Managing for Results” project.  Pam was a member of the National Wildfire Coordinating Group (NWCG) WUI Mitigation Committee, led the FAC Coalition, won the Amos Tuck Award given by Dartmouth College, was a red-carded PIO, and served as the national lead on the CMAT program. 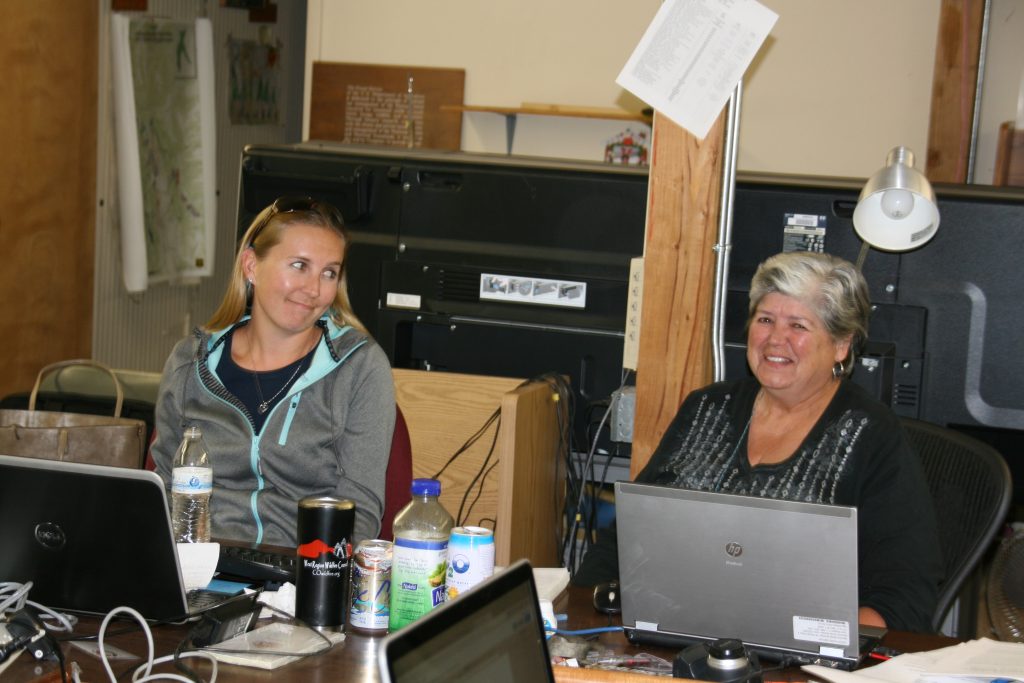 Pam’s retirement was without fanfare, but there’s no doubt she left her mark.  The invite I received to participate in a new Forest Service Team was, what I now know, the precipice of something so much larger than I could ever have fathomed and the start of an amazing friendship. That first assignment led to the development of CMAT and, more importantly, the development of the Mitigation Infrastructure concept. In 2018 she wrote:

Wildfire and its impact on communities isn’t going away; it’s getting worse. Recent fire seasons have seen homes, lives, and communities destroyed. The Camp Fire alone killed 85 civilians, injured 12 civilians and five firefighters, destroyed 18,804 structures, burned 153,336 acres (almost 240 sq. miles), including two Firewise Communities, and did $16.5 billion in damages. Wildfire’s impact on communities and private property is the norm, not the exception, and all indications are that it will get worse.

The fires of 2018 are a repeated and louder cry for the nation’s wildfire leaders to accept the moral and ethical imperative to create a national infrastructure for community wildfire risk reduction. Without it, this nation will continue to experience loss of life and property from wildfire and our ability to be proactive in addressing it will never fully develop. The Forest Service has the ability and the obligation, to protect lives, property, the environment and our land.  The U.S. Forest Service is the international leader in wildfire response;

it’s time for it to become the international leader in community fire adaptation, not by doing all the work, but by leading, collaborating, enabling, assisting, making wise funding investments and maintaining the support mechanism that results in risk reduction.

The biggest barrier to community fire adaptation is not motivation or desire at the community level; its local capacity. The fire world has spent billions developing a state-of-the art wildfire response infrastructure. Conversely, very little has been spent to build, maintain, and strengthen a national infrastructure to support community wildfire risk reduction. Mitigation efforts are unorganized, spotty, starving for knowledge, training, and funding, and they continue to spend most of their time looking for funds and relying on ineffective methods. Some are successful, many are not.

A Call to Action

Embedded within the Mitigation infrastructure concept is a laser-focused effort to reduce loss, save lives and invest in all of us who struggle to get an acre cut, to meet with a property owner, to develop a Community Wildfire Protection Plan or a partnership, or to create another defensible space. Working with key wildfire mitigation specialists and other practitioners from across the U.S., Pam helped develop a Mitigation Best Practices curriculum, national-level training to support anyone working with communities on fuels reduction and resilience.

Pam is a no-nonsense advocate who pushes with passion for what she believes in. Over the years as I worked with her to further develop the Mitigation Infrastructure, I realized that we all need to strive for better, and Pam always made sure to push for just that.  The continual push to do better, the critical analysis, and her expectations continue to resonate. Just yesterday on a call to review AIM applications, several of the reviewers provided comments first by saying, “to channel Pam.” These comments from the reviewers reflect the embodiment of an individual that made a difference and impacted us all.

It has been about a month since this passionate visionary retired. For the moment, she is enjoying a less stressful pace with her husband up in Minnesota – likely quilting, tossing the ball for her dog Ernie and playing the flute. As I’m sure many of you do, I wish her the best as she starts this next chapter of her life. And I thank her with all my heart for entrusting me to help carry her vision forward. I also look forward to the day when our paths once again cross. 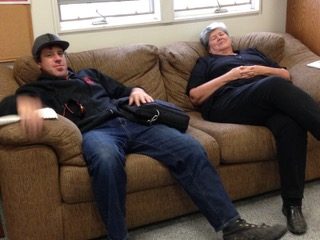